On 6th December, 2017, an academic event was organised at the University College London, titled ‘Science & Spirituality – Creation and Human History According to Sacred Scriptures’. This event was organised by the Intercultural Centre (ICC) in association with IOPHR. The speakers at the event were Mr. Jay Lakhani, a theoretical physicist and speaker on Spiritual Humanism, and Dr. Seyed Mostafa Azmayesh, a Jurist-Scholar, Quran expert and researcher in the fields of Islam, Gnosticism and Christianity. Both speakers provide an academic and scientific insight to the intersectionality between science and spirituality, along with exploring creation and cosmology according to the Quran as well as the Hindu traditions.

Mr. Lakhani starts off the event by giving a historical count of the journey of ancient man, discovering the material world around him, all the way up to the 1920s, when the world of physics was shaken up by the discovery of the Quantum. He describes the Quantum as the foundational unit for a lot of advancements to follow in the field of science and providing a better understanding of the world we live in. However, the world that was initially thought of as being made up of matter and its properties, was soon discovered to be non-material. He explains how the metaphysical phenomenon becomes material and that a ‘conscious observer’ is required for the mathematics of reality to transfer to the material world. 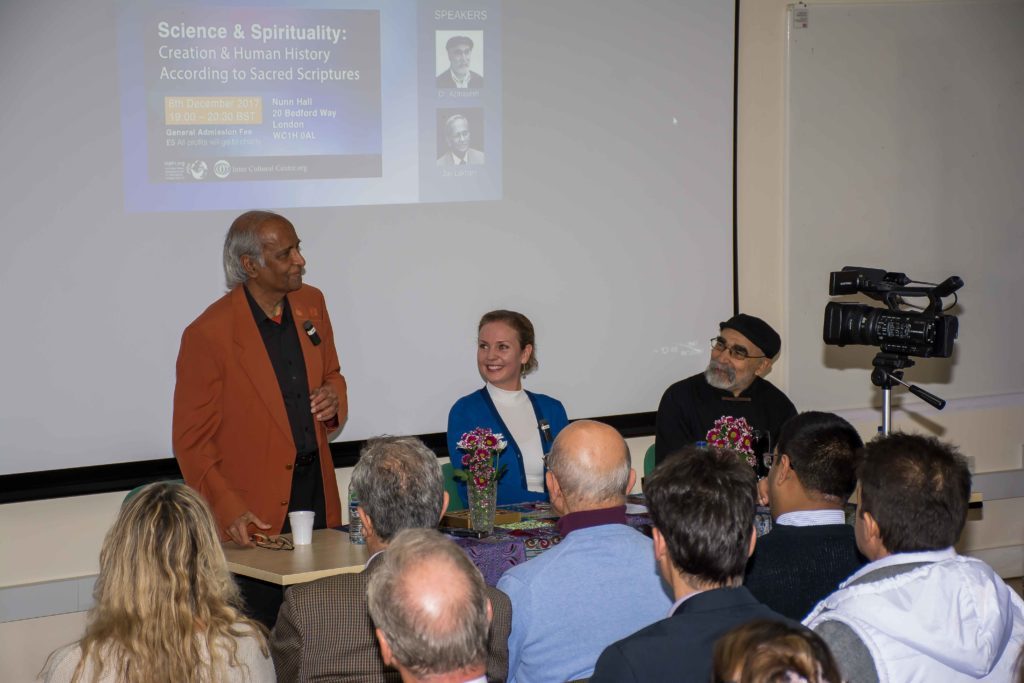 Mr. Lakhani explains how we may be at an impasse, when trying to compare the Multiverse Interpretation of the Quantum with the Copenhagen Interpretation, and he challenges the mechanism that is monitoring the multiverse interpretation, critiquing the theory due to its divergent and variable nature. As a solution to this impasse, and to better understand Quantum, he provides insights from Eastern Philosophy, which historically had support from the fathers of Quantum such as Heisenberg, Bohr and Schrödinger. Mr. Lakhani proposes the theory that as per Hindu tradition, the underpinning to this reality is not matter, but rather it lies within Existence and Consciousness, providing the objective and subjective perspectives respectively. He further elaborates that the world we see is the world of appearance; when existence shudders, the universe comes into being.

In his hypothesis, Mr. Lakhani relates the basis of Quantum to the heart of Hindu tradition, as a means to look beyond the material world which may be limiting our understanding of the universe. The material world is a secondary phenomenon, with the primary phenomena lying within the two pillars of Existence and Consciousness. He emphasizes that we need to move away from the rigid materialistic vision of the world, and accept that there is a metaphysical dimension which gives us with a better insight into reality and the laws of the world of appearance. We are living in a time where we cannot be limited by the concept of materialism, and Mr. Lakhani concludes by urging that we must expand our knowledge and apply a pluralistic world-view to grasp the building blocks of the metaphysical world. 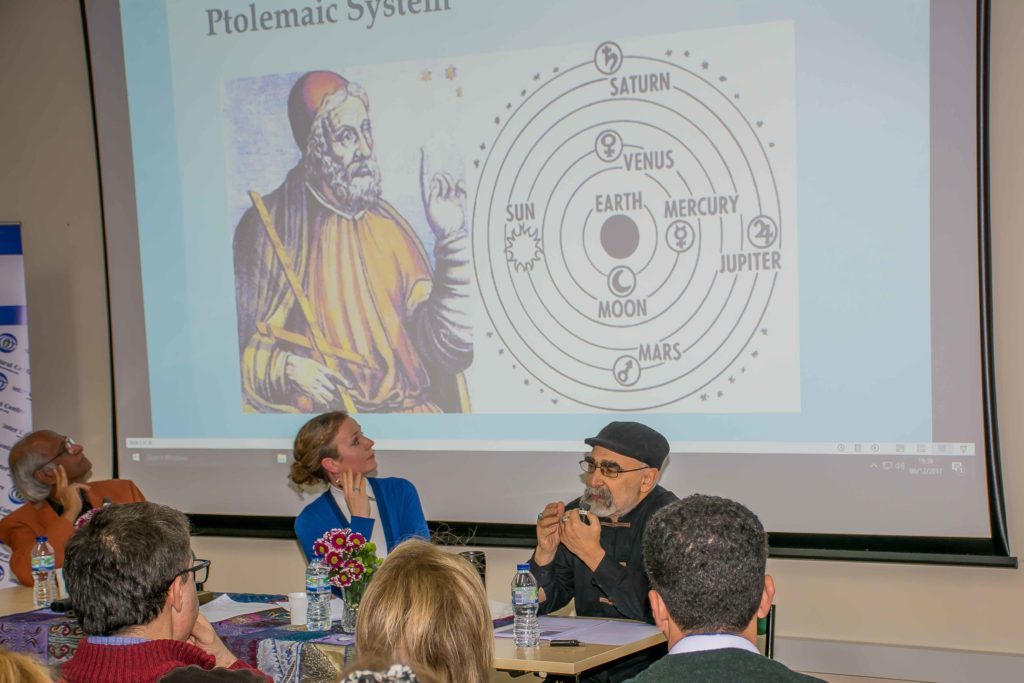 The second speaker, Dr. Azmayesh, provides a valuable insight into the intersectionality between science and spirituality, when considering the creation of the Universe and all existence, as written in the Quran and based on his years of research in the field. He starts by giving a historical account of how we used to conceptualise the universe, through the Ptolemaic model, according to which the Earth was believed to be situated in the centre of the universe, with the seven cosmic masses including Moon, Mercury, Venus, Sun, Mars, Jupiter and Saturn, constantly orbiting it. This model was proposed by the Greek philosopher, Claudius Ptolemy, and furthered by Aristotle, who confirmed the apparent central position of the earth. This philosophical model of the universe was first integrated into the Christian culture, and later, into the Islamic culture as well, after the establishment of Islamic Empires of Umayyad and Abbasid Dynasties. Dr. Azmayesh explains that this ancient model was widely used by theologians who were translating and interpreting the verses of holy scriptures such as the Bible and the Quran, and rested in the minds of the majority until the period of renaissance.

The second half of the 15th century ushered in a revolutionary period in science, with discoveries about the reality of the Universe from scientists and mathematicians such as Copernic, Kepler and Galilei. Dr. Azmayesh explains that these revolutionary discoveries shook the foundations of the false beliefs that were being fabricated by the hierarchy of the clerical power within the Christian world. This brought us to a vital point in history, where the clergy separated their way from the road of scientific research and reasoning, by rejecting the recent discoveries about the universe. Dr. Azmayesh adds that this phenomena was seen in the Muslim world as well, where under the potential influence of the clerical power at the time, the commentators of the Quran fabricated a considerable quantity of false sayings to import the Ptolemaic model in the Islamic culture and to write hundreds of books on the interpretation of the Quran, based on these fabricated sayings called révâyât, in place of thinking deeply about the meaning of the Quranic verses.

Dr. Azmayesh explains that in actuality, you cannot find a single verse in the Quran giving a central position to the Earth, and the Quranic model of the universe suggests that the earth is a planet, similar to other cosmic masses. In today’s date, we may come across several interpretations of the Quran from various commentators, most of which are filled with superstitions and misinterpretations. Dr. Azmayesh emphasises the fact that we need to critically view subjective interpretations from the point of view of its commentators, and realize that the superstitions or misinterpreted beliefs being propagated have absolutely no relation to the text contained within the Quran. For instance, the Quran has an ensemble of 310 verses talking about the sky and the cosmos. He further explains that with these verses, the Quran aims to change the paradigm and encourage people to turn their attention from the grass under their feet, towards the stars in the sky. 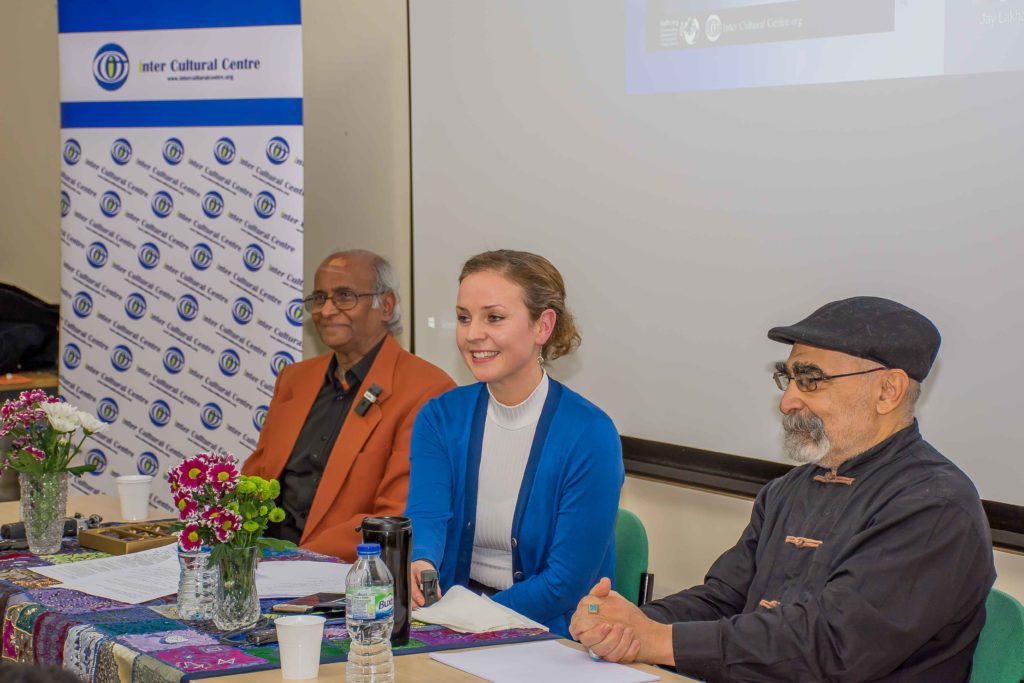 Dr. Azmayesh provides further insight into what the Quran states about creation and the universe. He explains that it is written in the Quran that our universe consists of two sides – the visible and the invisible – and it defines the sky as being composed of seven layers. The first layer (Javv o samâ) consists of the atmosphere. The second layer (Samâ’ od donyâ) corresponds with the solar system, with the sun in a central position, and the planets and their moons rotating and revolving according to a cosmic order. The third layer of the sky, as per the Quran, is the complete three-dimensional universe which appeared after the Big Bang. It is illustrated by the Quran as the shape of a bubble extracted from the depth of nothingness by an enormous creative order, expanding and growing larger. Dr. Azmayesh explains that according to the Quran, a strange divergent force keeps pushing this bubble of the visible universe from the centre toward the periphery. In addition, another force keeps the periphery of this bubble as a protected skin, in a manner that nothing can transgress its borders. By the opposition of these convergent and divergent forces, the universe is stable and does not collapse on itself. These opposing forces are described in the Quran as the invisible pillars to preserve the roof of this enormous expanding bubble, containing all of the galaxies and cosmic masses within.

The fourth layer, referred to by the Quran as Al-Gheib, consists of the non-perceivable substance, i.e. dark matter. Dr. Azmayesh explains that the three-dimensional bubble of the visible universe is similar to a drop of water, when compared to the endless infinite ocean of the non-perceivable substance or dark matter. This ocean of Al-Gheib, includes all seven layers of the visible and invisible sides of the absolute, limitless and timeless existence. 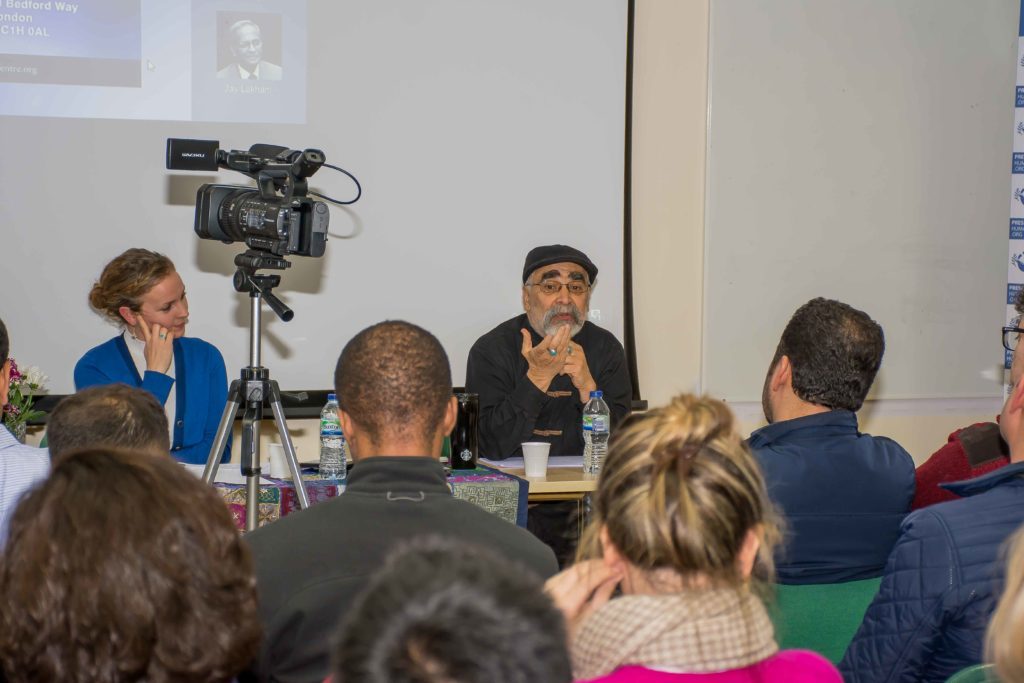 Dr. Azmayesh emphasises that according to the Quran, the phenomenon of life is related to water, and that within the universe, where there is water, there is a form of biological life that exists as well. This establishes an important point regarding the existence of living beings. Dr. Azmayesh adds that the Quran never talks about the existence of living beings as a terrestrial phenomenon exclusive to our planet Earth; anywhere in space that water exists, life will exist as well, including terrestrial and extra-terrestrial living beings. The Quran attests to the existence of extra-terrestrial civilisations in diverse corners of the universe. Furthermore, these extra-terrestrial beings may travel the space, and even visit Earth, not as visitors but missionaries. The Quran also gives examples of some human beings, such as Edris, Eli, Jesus and others, who did not die on Earth, but rather left the Earth in the company of these extra-terrestrial missionaries, to travel to what is considered an extension of the seven continents of our planet, called the celestial terra, or the 8th climate. 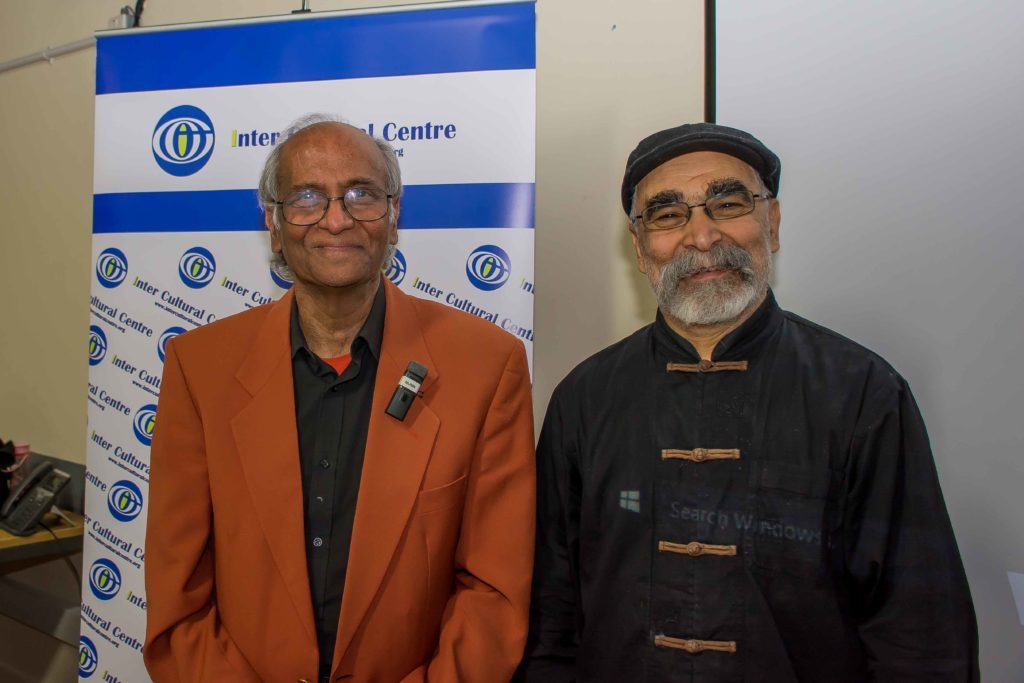 Dr. Azmayesh concludes his lecture by providing an insight into the oneness of consciousness and the unity of existence, that truly embody the essence of all existence and the Universe. He gives the analogy of a drop of water and the ocean that it comes from. A drop of water is also an ocean at the same time – we can see the ocean being comprised of the drop, and also see the ocean within that drop. This is the concept of ‘singular consciousness’, and the ‘unity of existence’ within the universe. Dr. Azmayesh explains that every single living being is like a mirror, reflective of the joint consciousness. Each entity is composed of an identity and existence, with existence being limitless. There may be plurality of existence, but there is an underlying unity of this existence in a singular universal consciousness.

As responsible members of society, the onus is upon us to understand that a lot of misconceptions exist within every faith and belief-system, and we must critically think and question things when presented with a world-view riddled with superstitions and fabrications. The only way to diffuse misinterpretations is by using science, facts and concrete evidence. For this reason, engaging in scientific and spiritual dialogue is imperative, so as to counter the ignorance and misconceptions that are the root to many social issues such as extremism and societal segregation.